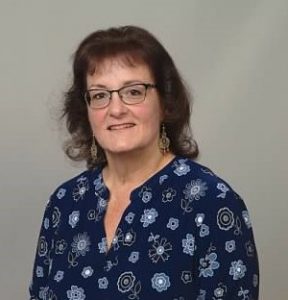 Dr. Bricker joined the department of Civil and Engineering at Florida International University as an Instructor in August of 2010. Her research interests include: method development and quality assurance of air quality monitoring data, molecular characterization of aerosol particles, indoor air quality, and chemical factors that control indoor and ambient air quality.

With a fundamental passion for research, and a self-described hard working, versatile and enthusiastic experimentalist character, throughout her career Dr. Bricker has developed and improved analytical methods, and produced quality research results published in peer reviewed journals and presented at professional conferences.

Her participation in the field of air quality began when she was a Researcher at the University of Miami Rosenstiel School of Marine and Atmospheric Sciences, from 1993 to 1997. There, she contributed expertise in chemical analysis and method development to a multi-year multi-disciplinary multi-institutions research project primarily sponsored by the U.S. EPA with the goal to gain scientific knowledge about the causes of ambient air quality issues affecting the southeastern states. Her specific research efforts were on the investigation of ambient air concentrations of gas-phase organic compounds which are emitted from anthropogenic activities and are known to be involved in the formation of the pollutant Ozone in the troposphere. The knowledge gained throughout this collaborative effort played a pivotal role in support of ambient air quality monitoring goals set in the then nascent Clean Air Act of 1990.

Subsequently, from 2002 to 2008, Dr. Bricker developed her doctoral dissertation based on work conducted as part of an analogous EPA study, this time directed to gaining scientific knowledge about the causes of ambient air quality issues affecting the northwestern states of the U.S. She conducted a thorough investigation of ambient air concentrations of organic compounds associated with fine particles. The inhalation of these fine particles are recognized to be linked to adverse respiratory and cardiac health effects. Her dissertation on the aspects of sampling design, samples analysis, dataset generation, and data analysis and interpretation earned her a degree in Civil Engineering from Florida International University in 2008.

As a member of the academic faculty, Professor Bricker hopes to be able to communicate to her students her sense of excitement for quality fundamental research which provides the theories and methods that must exist in order to strengthen environmental engineering design.