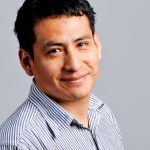 Within the area of optimal control of reservoir systems, Arturo’s group developed a novel and computationally efficient model for the near real‐time and optimal control of multi‐objective and multi‐reservoir systems under uncertainty. This model is currently enabling to make near real-time (one-hour intervals) optimal decisions of water use in the Columbia River system that involves four States (OR, ID, WA, MT) in the Pacific Northwest.

In the area of multi-phase flows (air-water interaction), Arturo’s group is improving the current understanding of explosive geysers (eruption of gas-liquid mixtures at manhole covers in stormwater and combined sewer systems) through experimental measurements and three-dimensional numerical modeling. For instance, Arturo’s group was the first team to produce violent geysers in a laboratory setting with characteristics resembling those geysers that occurred in actual stormwater and combined sewer systems. The geysers produced consist of a few consecutive violent eruptions within a time frame of a few seconds with heights that may exceed 30 m. One of our lab tests can be seen at Geyser Experiment

Within the area of resilient flood control, Arturo’s group is developing a novel approach for flood control based on the integrated dynamic management of water storage in wetlands, detention ponds and reservoirs at the watershed scale. This approach will enable adaptive release of water from wetlands hours or days ahead of rainfall events, thereby maximizing storage capacity. For this approach to be implemented, conventional storage systems such as detention ponds would be retrofitted (e.g., adding large gates) and the gates and siphons of these systems would be remotely controlled in an integrated manner using our decision support system. Arturo’s group also developed a modular and integrated hardware/software platform for interfacing automated siphons/gates, sensors and sensor control/communication to enable remote operation of thousands of gates in wetlands, detention ponds and reservoirs. One of our laboratory tests on remote operation of siphons can be found at: Automated and Remotely Controlled 6″ Siphon

Arturo has been recipient of several honors and awards including an EPA Early CAREER award, being inducted as Diplomate by the American Academy of Water Resources Engineers, etc. Arturo has developed over ten numerical models for various applications. For instance, his open-source Illinois Transient Model has been used for identifying problems during rain-storm fillings of combined sewer systems in U.S. cities such as Chicago, Cleveland and Dallas, and worldwide in countries such as Switzerland, France, Germany and New Zealand.