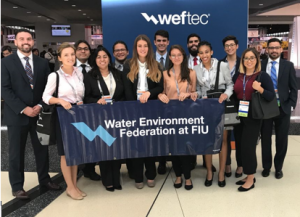 During the 2017 Fall semester, the Florida International University WEF and AAEES student chapter participated in regional and national events. In October, more than 20 students from the FIU WEF and AAEES student chapter attended WEFTEC in Chicago. This was the largest number of students representing a single university to attend WEFTEC and the largest group FIU has taken. Our students participated in numerous activities including the annual WEF Community Service Project, the Students and Young Professionals Networking and Career Fair, the annual student chapter meeting, and the WEF Young Professionals Reception. 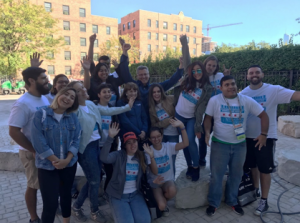 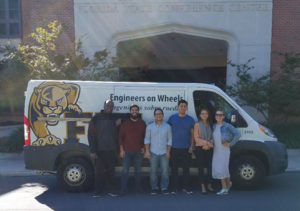 Some of our chapter members also participated in the 2017 Regional Air and Waste Management Association Environmental Challenge that took place at the Florida State Conference Center in Tallahassee in October. The FIU team competed against two other teams from the University of Florida. Our chapter would like to congratulate Sarah Solomon, Olga Mikhalchishina, Edward Ibarra, Brian Flowers, Luis Arispe, and John Quintero for bringing home second place!

We would like to thank our student members and the FIU’s Department of Civil and Environmental Engineering for their active and continued support of the chapter’s events and initiatives these past few months.