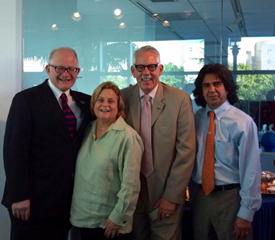 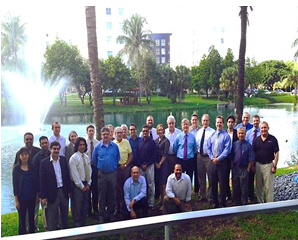 Throughout the two-and-a-half day meeting, steering committee members, which include academic experts and representatives of the departments of transportation of several states, the American Association of State Highway and Transportation Officials and the Federal Highway Administration, as well as representatives of non-profit organizations for steel, concrete and advanced materials, discussed strategy for the future of the ABC-UTC at FIU, as well as develop a plan that will help the nation cope with the pressing problem of replacing deficient bridges by using the accelerated processes that minimizes the interruption to traffic.