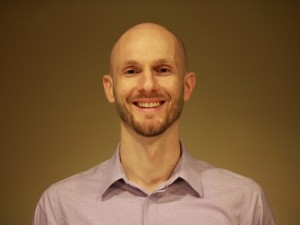 Michael Galvin graduated from FIU in December of 2011 with a BS in Civil Engineering.

Recent graduates in today’s economy are facing a tough transition into the working world. Job offers can be hard to come by for even the most accomplished students.

Yet every so often, a new grad’s combination of education, experience and skill set can prove just right for a potential employer. In Michael Galvin’s case, it was so right that he earned himself an offer sight-unseen – from all the way across the country.

Michael Galvin graduated from FIU in December of 2011 with a Bachelor of Science in Civil Engineering. His focus throughout his undergraduate education had been water engineering, which was the field he planned on pursuing in his career.

But while attending 23rd Annual HENAAC Conference in October of his last semester at FIU, Michael learned that Boeing – the world’s leading aerospace company – frequently hired civil engineers and signed up for an interview, intrigued at the prospect of working in the aerospace industry. Michael interviewed for a Seattle-based position shortly thereafter, and received good feedback on his candidacy, but didn’t receive an offer right away.

To bridge the gap between his education and career in engineering, Michael accepted a job teaching math at a private high school in Miami. During the transition, Michael applied for, as he puts it, “tons of other positions,” including a second opportunity at Boeing based in Long Beach, California.

Of all the employers Michael contacted, Boeing was the only one to request an interview. After just one phone conversation with Michael in February of 2012, Boeing offered him the position with a flexible start date. He accepted and started at Boeing in June, after finishing his semester in the classroom. He’s now working as a Level 1 Structural Analysis Engineer.

“My job consists of learning as much as I can about airplane structures and the technology Boeing uses to analyze them,” says Michael. “Currently, I am working on 767 Wing helping to correct design flaws via structural analysis, as well as doing some work on the 787.”

Michael finds the work challenging and rewarding. Despite having focused on water engineering during his years as an undergraduate, he’s found that his education at FIU prepared him well for his career.

“The biggest skill I gained at FIU was learning to work hard and learn difficult concepts by breaking them down into smaller pieces,” says Michael. “As an engineer you never stop learning.  My focus was in water, but I work in structures.  I only took the required structural classes and nothing more, but because I learned to be a good learner and took all of my courses seriously, I was able to get my foot in the door.”

Since Boeing pays for its employees to pursue continued education after their first year of service, Michael is considering obtaining an MBA to further his career in the coming years. He’d like to potentially move into a program management role at Boeing or even start his own business.

What advice does this alum have for current FIU CEE students looking to make career moves like his after graduation? Work hard.

“Take every class seriously,” says Michael. “The hard work of disciplined study will pay off. !  The better you do in school and the more you develop yourself during your time at FIU, the more fun you can have later in life.”

While Michael may be finding a few things about Long Beach to be less “fun” than Miami – “SoCal traffic is infinitely worse,” he says, “and the radio stations play Mexican country music instead of salsa, merengue, and bachata” – he likes the area and is enjoying his proximity to the great surf spots in L.A. and San Diego. But he knows he wouldn’t be riding those waves it weren’t for the education he received at FIU.

“I am eternally grateful to the FIU faculty for all of their hard work and encouragement,” he says. “They worked tirelessly to teach excellent classes that pushed me grow as an engineer and as a human being.”